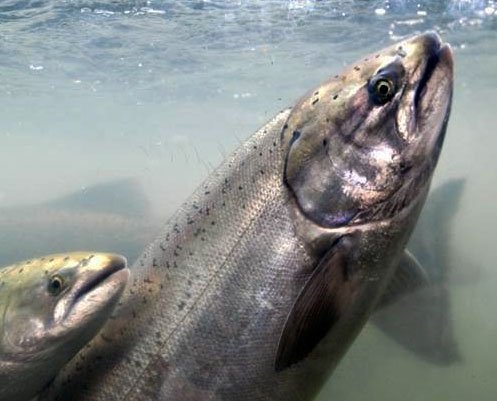 An avalanche of spring Chinook hit Bonneville Dam in late April and early May, then tapered off into the middle of the month. Bonneville, 146 miles inland from the Pacific Ocean, is the first place on the Columbia River where salmon and steelhead returning to spawn can be counted.

It looks like a big part of the 312,600-fish return predicted by the Washington and Oregon departments of fish and wildlife already has arrived. If the prediction holds up, the 2015 run will be just a little smaller than last year’s, which was a very good run. Chart compares Chinook daily passage numbers at the dam in 2015 (red) to the 10-year average (green).