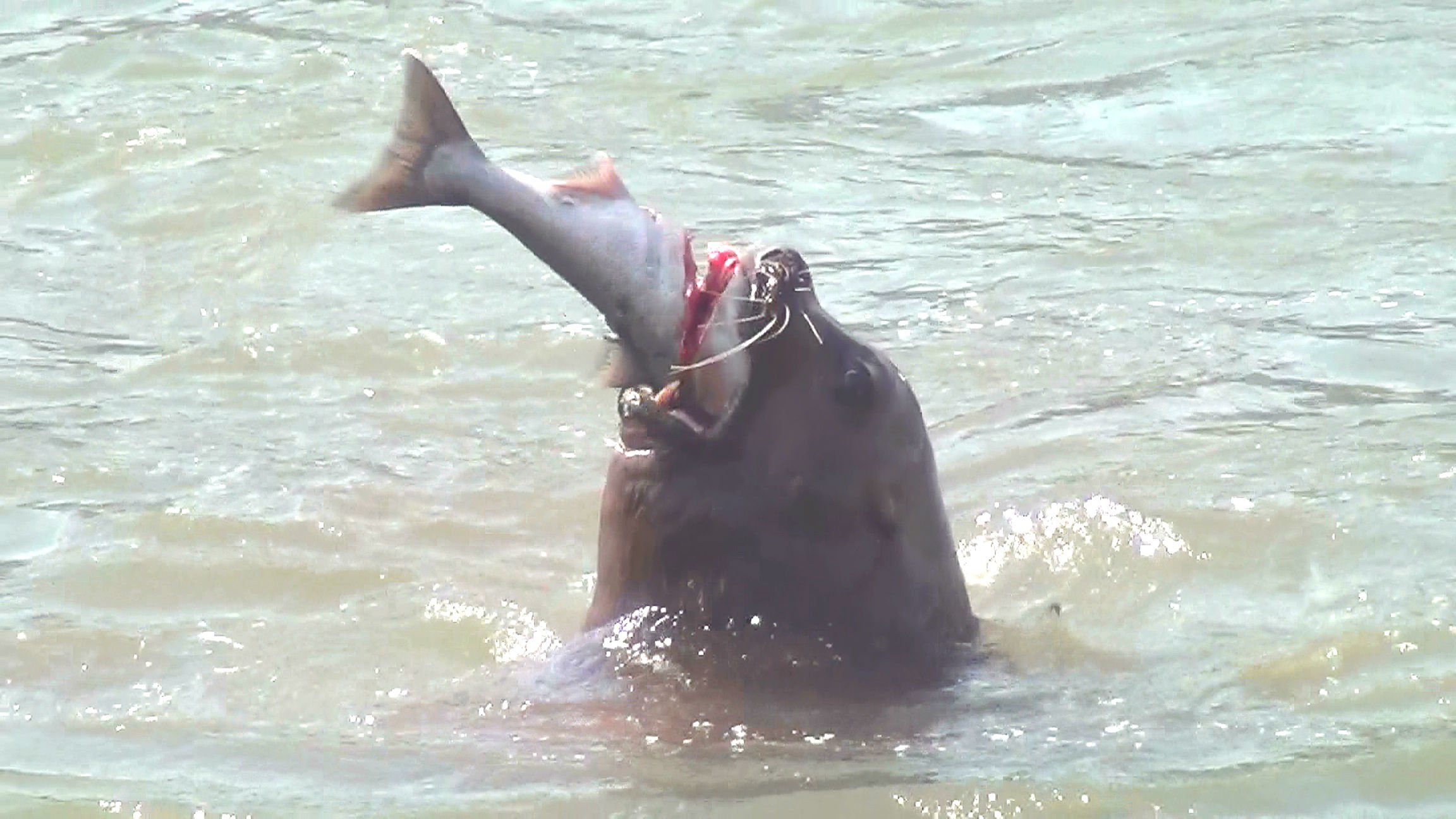 It’s spring, and the sea lions are back at Bonneville Dam.

In its first 2016 monthly status report on sea lion presence and predation on salmon, steelhead, and sturgeon at the base of the dam, the U.S. Army Corps of Engineers reports that so far, at least, neither the extent of predation nor the number of animals is too far out of the ordinary.

However, deterring sea lions to keep them away from migrating steelhead and spring Chinook salmon is an ongoing, ever-evolving effort, as shown at the entrances to the fish ladder at the base of the Second Powerhouse on the Washington side of the river. There, the Corps installed wood panels on top of the jail-bar-like “sea lion exclusion devises” to keep enterprising sea lions from climbing over the devices and into the fish ladder, where one was observed on March 14. 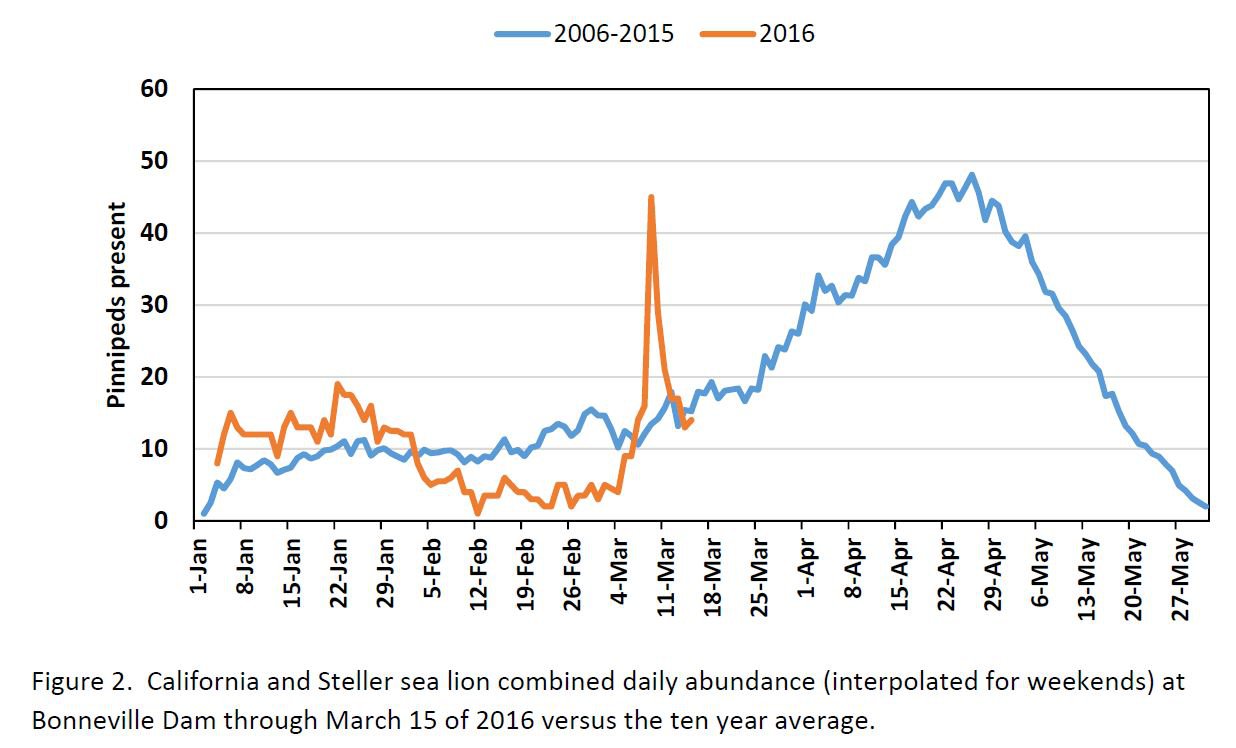 In its March 21 report, covering the period from January 1 through March 15, the Corps’ Fisheries Field Unit reports:

Also in 2015, the Washington and Oregon fish and wildlife departments captured and removed 32 of the 94 California sea lions that were authorized for permanent removal under Section 120 of the Marine Mammal Protection Act. 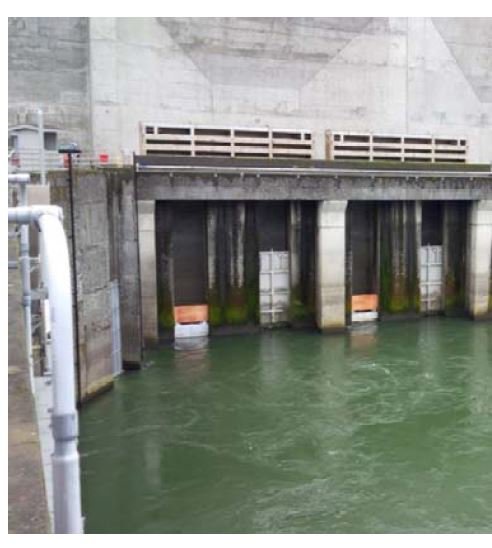