In the spring of 1825, the first ship dispatched by the Hudsons Bay Company from London to Fort Vancouver finally arrived, having waited six weeks for favorable conditions to cross the Columbia River bar. Named the William and Ann, the ship brought trading goods, clerks, news, fruit, and botanist David Douglas, then 25, representing the Horticultural Society of London.

It was the first of three trips the well-known botanist would make to the Northwest, where he would spend a total of four years — 1825-1827, and 1830-1832. It was on the first voyage, near the mouth of the river, that he saw the signature tree of the Northwest, a tree he would describe and that later would carry his name: pinus taxifolia, actually a type of pine but called the Douglas fir.

Douglas wrote about the Columbia and the Northwest in his book, Sketch of a Journey, which included a description of the recently completed Fort Vancouver. Douglas was impressed with the river and the countryside:

He wrote about a difficult encounter with the early-summer runoff in the Columbia as he journeyed upriver:

My ascent was slow, the current at this season [mid-June] being exceedingly powerful, so that I had many excursions on the banks and adjoining hills. The water ran with such rapidity that when the wind blows from a contrary direction it produces a swell like an inland sea; frequently we had to take shelter in the creeks, and although our canoes were considered good, yet we could not see each other except at a short distance, so great was the swell.

In 1826 Douglas visited Spokane House, the former North West Company trading post now operated by the Hudson’s Bay Company, where he had his gun repaired, and also Fort Colville, the Hudson’s Bay Post near Kettle Falls.

These visits occurred during a four-month tour of the interior Columbia Basin with Hudson’s Bay Company parties. He saw the prairies of the Big Bend country of central Washington and the Palouse region to the southeast. These he described as “destitute of timber” and characterized by “a light gravelly soil, with a scant sward of grass.” The summer of 1826 was hot and dry, with afternoon temperatures in the interior basin regularly ranging from 97 to 106 degrees in the shade. Douglas found the country disagreeable, describing himself as “parched like a cinder with heat and thirst.” Nothing about the interior Columbia Basin, save its rivers, he wrote, was “superior to the deserts of Arabia.” In this he seems to have agreed with the Hudson’s Bay Company that the Cascade Mountains formed a dividing line between good land, for agriculture, to the west and bad land to the east.

In his travels Douglas described and named literally hundreds of botanical items peculiar to the Northwest, including trees, flowers, shrubs, herbs, and, to a lesser extent, grasses. Geographer D.W. Meinig says it was not unusual for botanists of the time to be disinterested in grasses. “Though the Columbia Plain was a new botanical province to him, it obviously had little to excite his curiosity,” Meinig wrote. 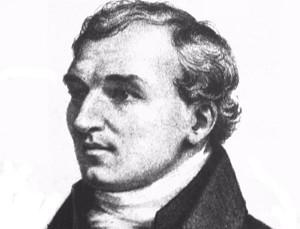