A Boston fur trader and captain of the Columbia Rediviva (the name means “Columbia Triumphant”), Robert Gray made two trips to the Northwest coast, the first between 1787 and 1790, and the second between 1790 and 1793. On the second voyage, he discovered the Columbia River on May 11, 1792.

On the first trip, John Kendrick captained the Columbia and Gray captained its tender, the Lady Washington. They had been dispatched to the Northwest coast by a group of Boston merchants to trade for furs, sell them in China, use the proceeds to buy Chinese tea, and then return to Boston. In August 1788 Gray had his first encounter with Northwest Indians when he sailed the Lady Washington into a bay on the northern Oregon coast, probably Tillamook Bay, and traded with Indians for furs. The crew also took on wood and water. The Indians brought presents of boiled crabs and berries and indicated they had not encountered white men before. Other Northwest coast histories suggest that Spanish ships may have been wrecked on the coast in the distant past, but Gray and his crew at least were the first visitors in a long time. At Tillamook, Gray’s crew got into a fight with the Indians after one stole a tool. Gray’s personal servant, a man named Marcus, died and others of the crew were injured. The Columbia fled, and Gray afterward called the place “Murderers’ Harbour.”

Gray caught up with Kendrick on the west coast of Vancouver Island, where they spent the winter of 1788-89. Spain had an outpost at Nootka Sound and claimed possession of the Northwest coast. The Spanish commander, Esteban Jose Martinez, gave permission to Kendrick and Gray to trade for furs as long as they did not attempt a settlement. Over the winter, relations between Kendrick and the Spaniards blossomed, and Kendrick’s relations with Gray soured. The reason isn’t clear, but it appears Kendrick wanted more independence in the trading and essentially took over the Lady Washington as his personal ship. The following summer, the two captains traded ships and loaded the larger Columbia with the furs they had acquired. Gray then took the Columbia to China, sold the furs at Macao for $21,000, bought a load of tea at Canton, and continued to Boston, thus becoming the first American to sail around the world. He arrived home on August 10, 1790. The ship was quickly refitted, and Gray was made a partner in the fur-trading concern. He departed on a return voyage on September 28, 1790, arriving off the Northwest coast in June 1791.

He spent the winter of 1791-92 on the west coast of Vancouver Island, at Clayoquot Sound, the same place he had wintered with Kendrick in 1788-89. In the spring of 1792 Gray’s fur-trading took him to the present-day Washington coast, where on May 7 he discovered the harbor that his officers named for him, and then, on May 11, the Columbia River. He named it “Columbia’s River,” after the ship, but the possessive did not last. It was the last year of George Washington’s first term as president, and Gray carried an official letter of introduction from the nation’s first president.

For all of the historic moment of the discovery, Gray appears to have been unmoved at finally sailing into the broad estuary of the River of the West, which had been shrouded in myth and mystery for more than 200 years. He was a fur trader, a businessman. He did his business, scouted upriver a short distance, carefully charted what he saw, and then left in search of more furs. Historian Bernard DeVoto calls Gray “a hard Yankee captain” who “greatly served his country,” and who gave the United States “a claim recognized by the polity of nations. . .sovereignty over the valley and the watershed of the river and over the adjacent coast.”. 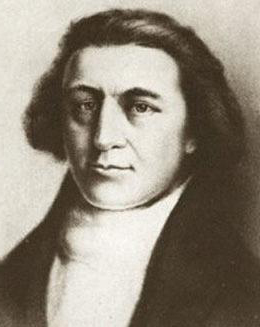