Commercial logging, one of the earliest and, over time, largest industries in the Columbia River Basin began at Fort Vancouver, headquarters of the Hudson’s Bay Company’s Columbia Department. In 1827, two years after the company moved from Fort George at Astoria to Fort Vancouver, the company began logging for profit and export.

Demand for beaver skins was declining, partly because of a growing fashion preference among gentlemen of the time for tophats covered in silk rather than beaver fur. Logging supplemented the company’s declining fur trade.

As settlers poured into the Columbia basin after 1840, the industry grew rapidly. Apart from the Hudson’s Bay Company’s logging of the forests around Fort Vancouver, commercial exports of logs began in 1848 from a mill at Oregon City. By 1850 there were 37 sawmills in the Northwest, most of them near the mouths of the Columbia and Willamette rivers. Riparian forests were logged heavily, as their proximity to water made transportation to sawmills less difficult.

In 1899, the Pacific Lumber Trade Journal declared that lumber was “king” in the Northwest, as all but seven towns in western Washington were dependent on lumber for their economic livelihood. In 1914, logging provided 55 percent of the payrolls in the Northwest. Behind farming, it was the most important industry in the Northwest. Around 1900, the declining lumber industry of the East and Midwest, where forests largely had been harvested, began a steady shift to the West. There was mounting public opposition to logging on public land, and so lumber companies increasingly bought their own forests. The federal government gave vast acreages to railroad companies as incentives to build their lines to the West, and the railroad companies both managed and sold vast forest tracts.

In 1900 Minnesota timber baron Frederick Weyerhaeuser announced he was purchasing 900,000 acres of timberland from the Northern Pacific Railroad for $6 an acre, a sale that set off a wave of land speculation in the Northwest as lumber companies sought to lock up their own supplies. By 1913, the Weyerhaeuser Timber Company owned 26 percent of all the privately owned timberland in Washington; 50 percent of the private timber in California and the four Northwest states was in just 38 large holdings. Despite the concentrated ownership, or perhaps because of it, competition was complex and production varied widely from year to year, as did prices.

Intense logging on tributary streams of major rivers cleared away riparian vegetation and led to problems of erosion and sedimentation. The use of splash dams also contributed to the degradation of waterways and, as a result, to habitat for salmon and steelhead. Splash dams were built of logs that would be dumped into a stream to impound a pond. More logs would be floated into the pond and, when full, the dam would be blown up or otherwise released, a torrent of logs and water would rush downstream. The procedure would be repeated until the logs reached the main river, where they could be assembled into rafts and floated to mills. While the technique no longer is used — it didn’t end until 1959 -- the legacy of these dams still is visible on streams in western Washington and Oregon where the channels were carved wide by the repeated torrents.

During World War II, the Northwest logging industry increased substantially. Loggers moved farther into watersheds and used more sophisticated equipment. Logging roads were built along salmon and steelhead spawning streams, and on steep slopes in these watersheds. Logging and forest management practices damaged many spawning and rearing areas by degrading water quality, destroying streamside vegetation — which led to increased water temperatures — and introducing pesticides, fertilizers and herbicides into the water. The greatest damage was to Columbia River tributaries below the Snake River confluence.

Road building to support logging operations also took a toll on riparian conditions, contributing to landslides that would block streams or deposit layers of silt, particularly in steep terrain. Landslides associated with road building contributed to flooding over time, as the logged hillsides were not able to hold as much rainwater and snowmelt. Slash and woody debris dumped into streams also affected fish and wildlife habitat by blocking access for fish. In the 1970s fish biologists believed it was important to remove the debris, but when it became clear in the 1980s and 1990s that streams without woody debris were more prone to flooding and excessive buildup of sediment, much of the debris was left alone or, in many instances, deliberately placed in streams.

Forest protection laws were enacted in the 1970s, but many people questioned whether implementation of the laws really was helping fish and wildlife habitat. A task force appointed by the Oregon Legislature in 1986, for example reported that the forest protection law in that state was not adequately protecting fish and wildlife habitat. No study has demonstrated that logging can be conducted in a manner that is safe or beneficial to ecological functions in riparian and floodplain areas.

Change is occurring, however. Fish and wildlife habitat protections in forests are increasing as timber harvest volumes decrease or are managed differently. In some forests, abandoned logging roads are being obliterated, recontoured and replanted in order to reduce the potential for erosion. Endangered Species Act and Northwest Power Act protections for salmon, steelhead and bull trout also have led to habitat improvements and reduced timber harvests in forests where the fish spawn and rear. 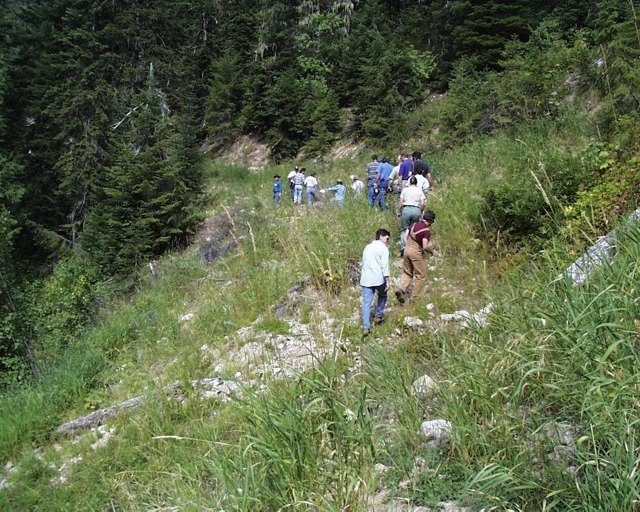