Transmission is the movement of large amounts of high-voltage electricity from power plants to places where it is either used directly, such as by large industries, or to substations where the voltage is reduced and the power is distributed to end users such as homes and businesses. Electric power systems require constant, second by second balancing of power supply, power demand, and power transmission capability. Transmission system operators primarily are responsible for maintaining this delicate balance.

Transmission system operations are organized into “control areas” where operators continuously balance electricity demands with electricity generation while keeping power flows within specific limits for system operating reliability. There are 13 control areas in the Pacific Northwest United States. Some control areas, such as those operated by Bonneville and PacifiCorp, an investor-owned utility based in Portland, are quite large, and some, such as that operated by the Grant County Public Utility District in Washington, are small by comparison.

Failure to maintain control over the transmission system — allowing it to become overloaded — can result in failure of the interconnected parts of a large-area electrical system. This is what caused the power blackout in the Midwest and Northeast on August 14, 2003. A sudden failure of one transmission line also can begin a cascade of line failures over a broad area, as happened on August 10, 1996 when a short circuit near Portland set off a chain-reaction of line failures along the Northwest/Southwest intertie, resulting in a blackout that affected much of the West Coast.

Adequate and reliable transmission is critical to the smooth functioning of the electrical system, but this in turn depends on a smooth-functioning wholesale power market. After the 1992 National Energy Policy Act initiated deregulation of wholesale power transactions, the volume of transmission sales increased dramatically and regulation of the high-voltage systems became more difficult. In California, a failed experiment with deregulation of wholesale electricity sales in the late 1990s led to manipulation of the power market and higher prices for consumers. The higher prices were caused, in part, by manipulation of transmission by owners of the lines.

Adding to the complexity of balancing the generation and transmission of electricity, in 1978 the Public Utility Regulatory Policies Act (PURPA) allowed anyone to build power plants and sell the electricity to regulated utilities at prices that utilities would have paid to build their own power plants. The goal of PURPA was to increase competition in the electricity business, and it did, but it also added to problems brought about by competition. These included:

Because energy deregulation appears to be here to stay, transmission owners, utilities, energy planners and regulatory agencies are working to resolve these problems and keep the electrical system reliable and power prices affordable. In 1999, the Federal Energy Regulatory Commission proposed the creation of regional transmission organizations around the country that would implement a standard market design as a means of improving communication among and between control areas and addressing issues related to competition and deregulation of wholesale electricity. The concept, however, was not popular in the Northwest, where the characteristics of the electricity system, heavily hydropower and mostly federal transmission, are different than other parts of the country. Power is generated and dispatched differently in a hydropower-based system than in a system that is largely thermal, as power systems are elsewhere in the country, and the Northwest control area is not the same as the Pennsylvania/New Jersey/Maryland control area, upon which the FERC based its standard market design.

In response to the 1999 FERC proposal, Northwest utilities and Bonneville tried several times to form alternative regional transmission organizations. These attempts failed because of disagreements on key issues. For example, in one iteration the parties could not agree on the level of independence the new regional entity would have from direct control by regional interests and the degree of FERC oversight that would be acceptable.

ColumbiaGrid is intended as an umbrella organization under which a set of multiparty contracts will be put in place to address specific issues, including planning, reliability, congestion management, capacity calculation, and coordinated management. These contracts, called functional agreements, would be open to both ColumbiaGrid members, who would be expected to sign them, and to non-members who qualify by virtue of operating facilities relevant to the agreements.

The first agreement, which pertains to transmission planning and expansion, was signed in May 2007. The agreement authorizes a planning staff to coordinate and undertake multi-system reliability expansion studies for participants, a biennial plan, and provisions for supporting the plan before FERC or other relevant regulatory agencies in order to aid in its implementation. 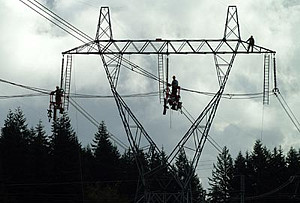