In a river basin known for its hydropower, another natural resource, wind, steadily is becoming a viable addition to the region’s electricity supply. Hundreds of wind turbines, linked by power lines and connected in groups to the region’s high-voltage transmission system, have been erected on windy ridge tops in eastern Oregon and Washington, southern Idaho, and eastern Montana.

Wind power is explained in detail in Chapter 13, Generating Resources, of the Council’s Seventh Northwest Power Plan (2016). Wind turbines primarily consist of a tower, two or three blades, hub and rotor, and a nacelle (consisting of interconnected shafts (low and high speed), a gear box, and a generator). As the wind blows, the turbine blades (connected at the hub and attached to the rotor) are rotated, with the rotor causing the low speed shaft to spin within the nacelle. Housed in the gearbox, the low speed shaft is connected to the high speed shaft, which increases the speed of the rotation. The gearbox is attached to the generator, which produces the electricity.

While some wind power systems are small enough to power individual homes, these are rare and the most common type of wind power generator is the large, utility-scale generator usually arrayed in lines along windy ridgetops. Large wind turbines also are being built in the world’s oceans near shore, but these are more common in Europe than in the United States where this technology is still emerging.

Wind turbines typically include weather vanes and anemometers (instruments to measure wind direction and speed) that transfer information to a controller. Between the controller computer system and remote operators, a wind turbine can be turned on and off depending on the wind speed as well as positioned depending on the wind direction. Today’s wind turbines typically cannot operate in winds higher than 55 miles per hour and are shut down to preserve the equipment when wind reaches that speed.

Wind power is a variable-output resource that produces intermittent generation and little firm capacity; therefore, wind power often requires supplemental firm power and surplus, “balancing” power in order to integrate it into the power system. Because the Northwest had an adequate supply of this reserve power, mainly hydropower, wind power began to be developed earlier here – the first turbines went online in 1998 – than in other parts of the United States.

However, the rapid development of wind power plus the fact that most of the development in the Northwest is within the Bonneville Power Administration’s high-voltage transmission system, put pressure on the ability to integrate wind power without forcing other generating resources to shut down. When power generation exceeds demand for power because too much wind power is being put into the transmission system, a situation called “oversupply,” Bonneville asks wind power generators to shut down and pays them for not generating. If Bonneville did not do this, excess water would have to be diverted from hydropower turbines and spilled over dams on the Columbia and Snake rivers, possibly raising dissolved gas concentrations to levels that would be lethal for fish. The conditions for these payments are detailed in Bonneville’s Oversupply Management Protocol.

Over the past decade, wind development both regionally and nationally has grown significantly. According to the American Wind Energy Association there were 65,879 megawatts of installed nameplate capacity of wind power in service in the United States at the end of 2014. In the Pacific Northwest, about 9,000 megawatts of nameplate capacity of wind has been developed. Regional development trends have mirrored national trends, with development increasing and decreasing with the expiration and renewal of tax incentives and the onset of state renewable portfolio standards. To date, 2012 was the strongest year for wind development in the Northwest and the nation, with development dropping off since then. 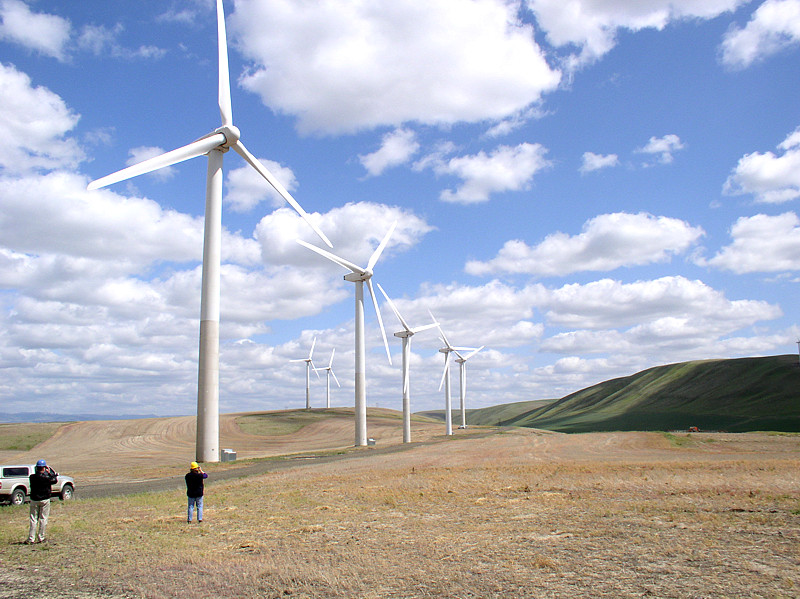