The Pacific Northwest power system has been developed in stages, meeting the needs of the region and adapting to the evolving landscape every step of the way. Beginning in the 1930’s, the region established a massive hydropower resource over the next 30 years, utilizing the vast Columbia River Basin and its tributaries. Even though some of the hydropower fleet is nearing a century in age, hydropower is as important as ever to the region’s power system, providing energy, peaking capacity, and integration services. Next, in the 1970’s and 1980’s, thermal resources – coal in particular – were developed. Today, the coal industry is facing challenges about the future of the resource, and several plant owners in the region are deciding to retire units early. Nuclear power also emerged in the region in the 1970’s and 1980’s, with high expectations of an ill-fated large nuclear buildout to meet high load growth that never materialized. One nuclear plant remains today, providing consistent carbon-free power to the region. Next came natural gas development, starting in the 1970’s but really kicking into gear in the 1990s and then in the 2000’s in response to the west coast energy crisis. Wind power emerged in the late 1990’s and blossomed under state renewable portfolio standards and federal tax incentives. Along the way, biomass, cogeneration, and geothermal have also made an impact on the region and played a role in the resource portfolio. Now, solar photovoltaics (PV) are emerging as the new powerhouse resource with utility-scale development, hybrid projects combined with battery, and behind-the-meter installations. 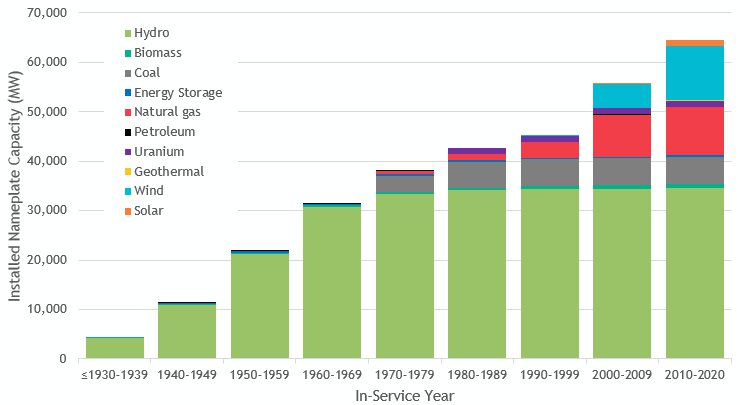 *Does not include retired resources that previously operated in the region

Map of Generating Facilities in the Pacific Northwest 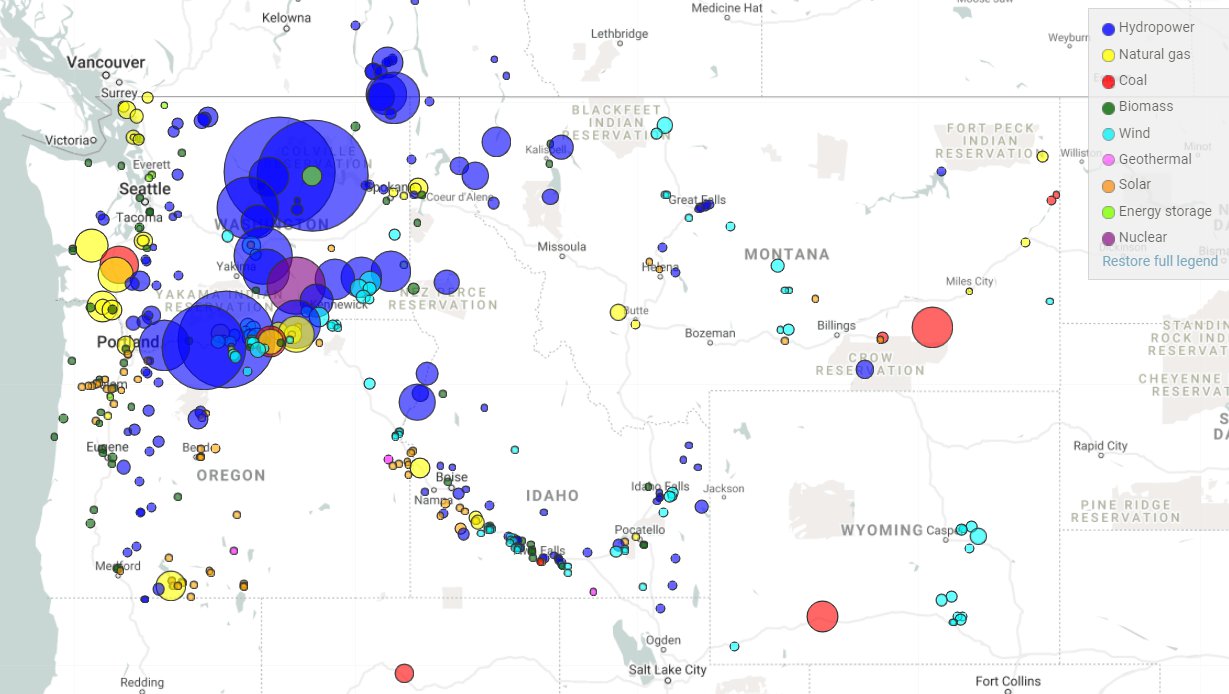