Organized and Limited Markets for Energy and Capacity

The Council’s analysis for this power plan has shown that the costs and risks faced by the region are connected to the policies and decisions beyond our borders. The choices of utilities in the rest of the West on what resources to build and retire directly impacts cost and reliability of power in the region.

To help explore the impacts electricity markets outside the region the Council developed several different external generating resource addition projections and looked at the impacts of those different additions on the resource strategy.

In our baseline conditions, the Council shows a substantial build of renewable resources to meet policy requirements and maintain adequacy with limited reliance on new natural gas generation. 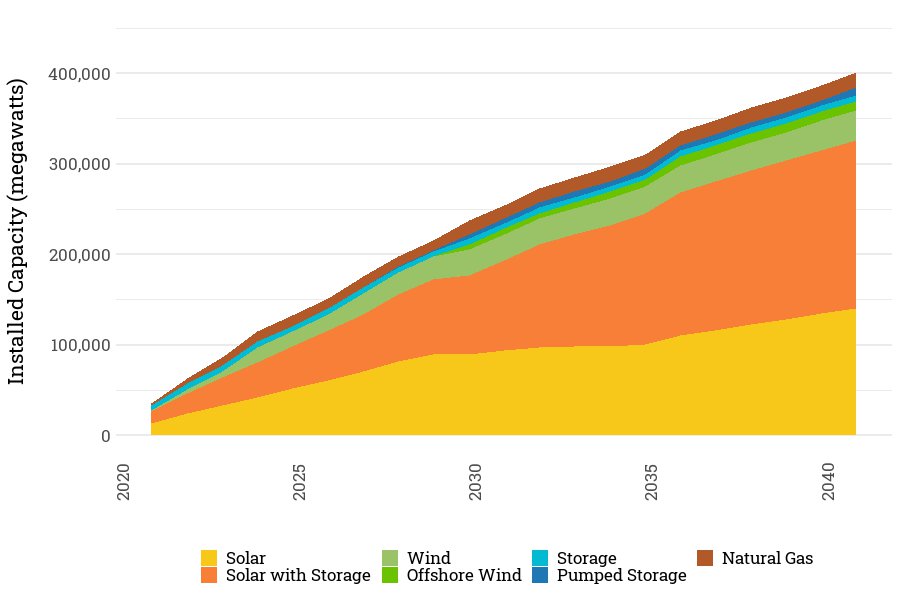 In one projection, the Council substantially limited the supply of electricity outside the region. This projection met the current Renewable Portfolio Standard or RPS requirements and the clean-energy requirements that limit the types of generation used in some Western states through about 2035 but fell slightly short of meeting these policies after then. By intent, the Western grid outside the Northwest did not have sufficient generation to meet the demand for electricity under stressful conditions. However, the Council did still see a substantial addition of especially solar power to both meet policy goals and at least partially replace retiring generation. In another projection, the Council also explored resource additions in the event that utilities created a combined approach to planning for new resources and created a unified transmission rate[1]. This was a proxy for how centrally dispatched markets with a consistently applied adequacy standard could impact decisions about resource additions.

Currently the Western electric grid has many different markets with a variety of manners for determining when generating resources are dispatched. There are standards that grid operators must meet set by FERC and NERC, but the operators in an inadequate system may be forced to selectively shut down electricity to parts of the grid to meet these requirements. Consistently applied adequacy standards would make the chances of curtailing electric service both lower and consistent from one region to the next. 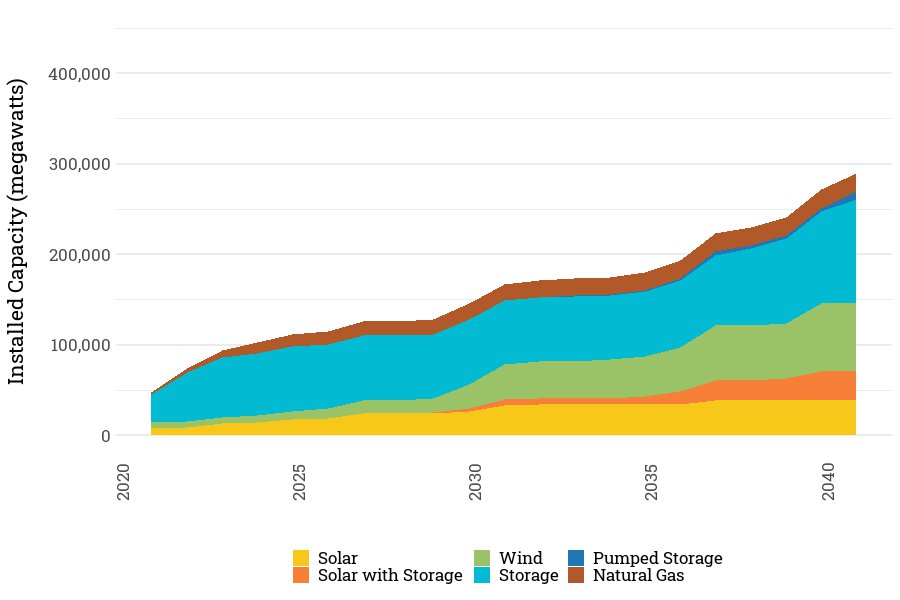 In both projections, the Council included limits on the amount of new natural-gas-fired generation that could be built within the Western electricity grid. These limitations were based on both Council expertise and consultation with regional experts on their expectation about resource selection around the West.

However, these limitations substantially increased the addition of solar and wind generation outside the region. To assist in understanding the impact of limiting new natural-gas-fired generation, the Council removed these limits and projected what adding natural gas generation would look like. In this case, the Council saw over 26 gigawatts of natural gas generation added by 2027, and over 55 gigawatts added by 2041. There was also a corresponding reduction in the addition of renewable resources, though there still was over 33 gigawatts of solar generation built by 2027, and over 115 gigawatts built by 2041. 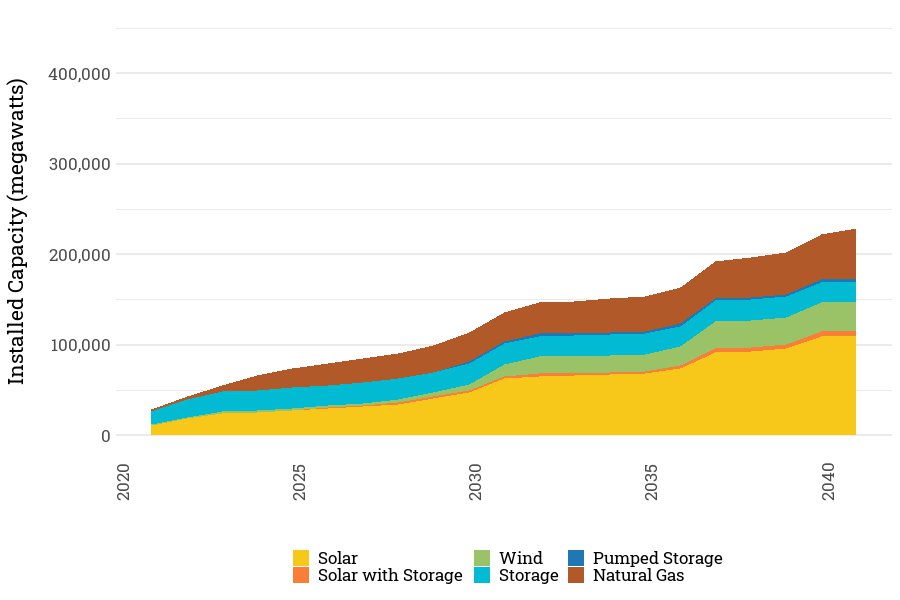 While the regional electricity prices associated with these additions varied, the addition of renewable resources only had minimal changes throughout all of these projections except the one where renewable generation in the region was specifically excluded. 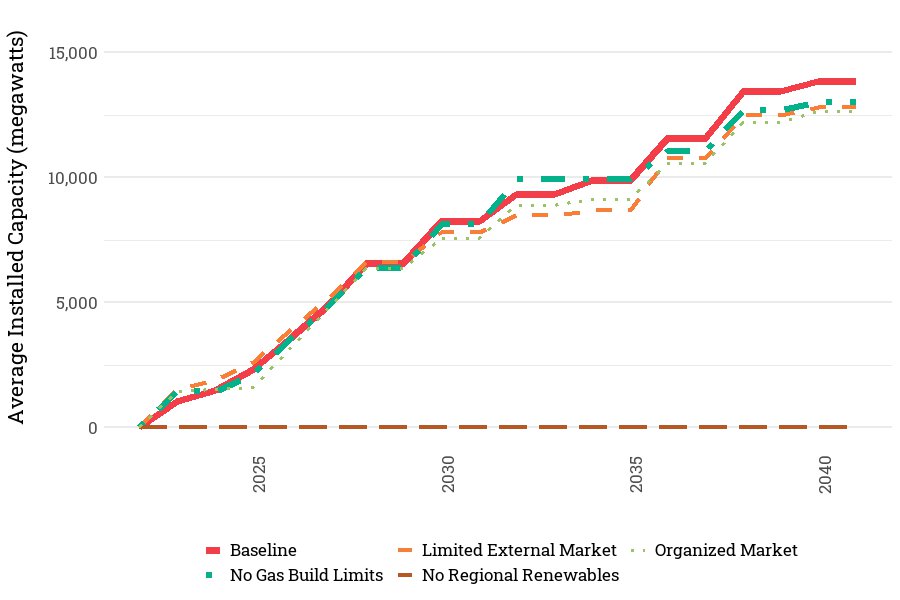 This indicates that renewable resource additions at this level are likely required to meet regional policy targets in addition to being part of the least-cost portfolio under various assumptions about external markets.

In the projection where the Council eliminated regional renewables, there was a requirement for new natural-gas-fired generation to meet adequacy requirements. In this scenario, there was a high probability of adding at least one new power plant. These results show that while the regional addition of renewable generation was not particularly sensitive to electricity market prices, the addition of energy efficiency was sensitive.