Jeffery C. Allen was appointed to the Council in March 2019 by Idaho Governor Brad Little. Prior to his appointment, he directed the Idaho office of the Council for 10 years, where he established and continues to maintain relationships with the people and organizations in Idaho that deal with issues the Council addresses in its planning activities, including protecting and enhancing salmon, steelhead, and resident fish affected by hydropower dams, water allocation, and ensuring the Northwest has a reliable and affordable electric power system.

Before managing the Council’s Idaho office, he worked for the Governor’s Office of Species Conservation, where he advised Idaho’s effort to coordinate all state policies relating to the Endangered Species Act and led Idaho’s efforts to delist the wolf and establish a compensation fund to pay for livestock lost to wolves. Earlier, Mr. Allen served as the State Director of Natural Resources for U.S. Senator Mike Crapo. Mr. Allen holds a Bachelor’s in International Relations from Brigham Young University. He lives in Star with his wife, Annette, and four children. 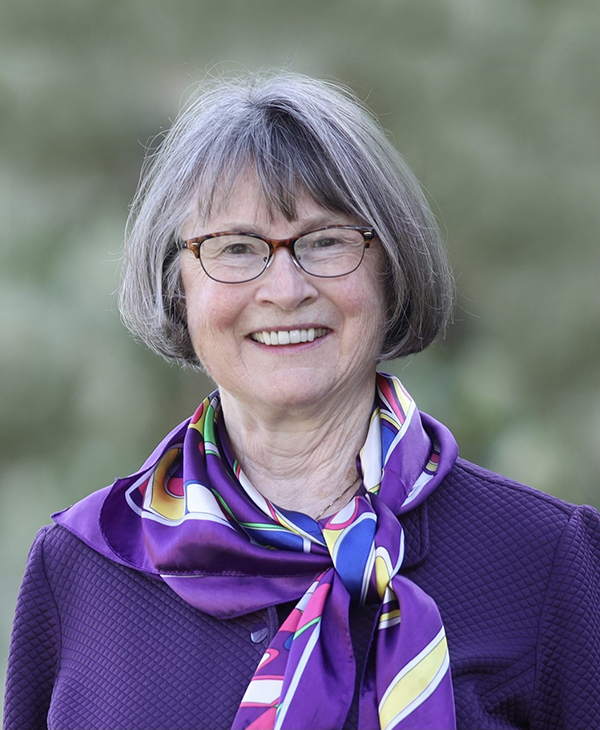 Burdick worked for 10 years as a reporter and editor in the Pacific Northwest and Washington, D.C., specializing in environmental and energy policy. She switched from journalism to policy work in Washington, D.C. in the late 1970s and worked in the energy industry as a consultant and employee in Washington and Los Angeles for five years. Upon returning to Oregon in 1984, she continued her policy work and worked on political campaigns before starting her own business in 1989, specializing in crisis communications.

In 1996, Burdick was elected to an open Senate seat and has continued to serve in the Senate since 1997. She has chaired several committees, including Judiciary, Rules and, most recently, Finance and Revenue. She was elected Senate President pro tempore in 2011 and served until 2015, when she was elected Senate Majority Leader. She held that job until 2020. She was appointed to the Council in November 2021.

Burdick lives in Portland and has a grown daughter and a very spoiled cat named Tucker.

Golden was senior policy advisor at the non-profit public interest group Climate Solutions from 2002-2018.  He directed Washington’s energy policy office as Assistant Director in the Department of Community Trade and Economic Development in the mid-1990s. In the late 90s, he served as special assistant to the mayor of Seattle, working on clean energy and climate protection initiatives at Seattle City Light. Prior to his public service, he was executive director of the Northwest Energy Coalition, a broad-based organization formed to represent the public interest in the implementation of the Regional Act that established the Council.  He was appointed to the Council in March 2022 through January 2025.

Golden is a leader in the national climate movement, serving on the boards of Evergreen Action and 350.org. His utility experience includes helping Seattle City Light become the first major carbon-free electric utility in the late 1990s and serving on the executive board of Energy Northwest, a regional public power consortium.

Golden earned his bachelor’s degree at the University of California, Berkeley, and was a Kennedy Fellow at Harvard's Kennedy School of Government, where he received a master's in public policy.  In 2012, he received the Heinz Award for achievement in public policy based on his work in Northwest energy policy.

Golden lives with his wife Kristi Skanderup in the Methow Valley of North Central Washington. His adult daughter and son live in the region and often share the family home.  The Methow is like a little bit of Montana in Washington, a landscape and community distinguished more by its place in the Columbia River Basin than by state jurisdiction – a good place to think and act regionally.

Doug Grob was appointed to the Council by Governor Greg Gianforte in January 2021. Grob was born, raised, and educated in Montana. An honors graduate of the University of Montana, Doug intended to attend law school, but a chance encounter ended in an offer to teach high school as a landed migrant in Australia.

Arriving in Australia, Doug was sent to Nyngan, New South Wales, as a teacher. Following that, Doug hitchhiked west from Sidney to Perth, crossing the Nullarbor Plain. Then, in central Western Australia, he worked constructing earthen dams by bulldozer on newly acquired large homestead grants.

Returning to Perth, Doug contacted a friend and fellow American, and they both bought cruise ship passage from Sidney to Auckland, New Zealand. With only 10 days to cross the 2,500 miles from Perth to Sydney, they hitchhiked back across Australia, arriving 11 hours before the ship sailed.

Arriving in Auckland, they purchased an older VW Beetle and toured both Islands of New Zealand for the next seven months with just two rules: never go faster than 45 miles per hour, and never pass any road that either of them pointed to as the way to go. They toured both islands extensively, hiked across the Southern Alps twice, and generally had a fine time until money issues forced Doug back to Australia to replenish funds. Once again in Australia, he operated heavy machinery, working on the construction of Australia’s first freeway between Sydney and Melbourne, then moved to Adelaide to work and finish saving enough money to travel to London and there decide if he would return to Australia or the United States.

He hitchhiked up the center of Australia to Darwin, spending a week at Ayers Rock and Alice Springs and another month in Darwin, where he purchased a flight to Bali, and then traveled by boat to Singapore, where he began the overland trek to London by bus, railroad, and on foot.

Reaching Bangkok, he stumbled on the filming of the Deer Hunter movie, was hired as an extra, and spent a month living on a floating hotel on the River Kwai. Leaving Thailand, he traveled to Burma (Myanmar now), India, and Pakistan. He arrived in Afghanistan the day after the Russians had toppled the Afghani Republic and was stranded in Kabul for two weeks due to the Shah having closed the border into Iran.

Once in Iran, he crossed into Turkey and then traveled from Istanbul into Europe and on to London, with a one-month hiatus in Switzerland with a Swiss friend he had met in the Hill Tribe region of Thailand.

In London, desperately trying to decide whether to return to the United States or Australia, he went to the movie “Oh, God.” The theater included a short film about St. Ignatius, Montana, and the Moise National Bison Range. Given that the Bison Range is located just 70 miles from his family farm, he figured the question of where he should return to may have been answered. Leaving the theater, he got on the London Tube, got off at the Piccadilly exit, went above ground, and purchased a ticket from London to Seattle, leaving the next morning.

Returning to the United States, he started a home-building company. Shortly thereafter, a recession caused him to enter the Alaska fishing industry. He worked in many areas of Alaska managing the design, materials management, construction labor, and building needs of the remote Alaska salmon-freezing and canning industry. After 20 years in Alaska, his last and favorite place and plant sold out to the Kodiak, Alaska, town plant, and the remote plant was closed. Doug decided to retire young, move back to Montana, and travel again.

However, before that could happen a former Montana member of the Northwest Power and Conservation Council and a former Montana Governor egged him on and convinced him to get involved in his local electric co-operative, which was in distress. He did, and this led to his extensive involvement in the Northwest power industry.

Over the next 20 years, Doug spent a good deal of time at both his utility and in Portland on regional power issues, culminating in serving on many committees and regional boards and attending many trade meetings from a broad interest in the Northwest and West Coast power industry.

Mike Milburn was appointed to the Council by Governor Greg Gianforte in May 2021. Milburn is a Montana native who was raised on a family cattle ranch in central Montana. He graduated from Montana State University with a geology degree. He married his childhood sweetheart and has three children and seven grandchildren. He is a retired Air Force pilot, having served on active duty and in the Montana National Guard. He served four terms in the Montana House of Representatives, his last term as Speaker of the House. Most recently he was the Director of the Montana Department of Justice and then served on Governor Gianforte’s executive team until his appointment to the Council.

In his career, Mr. Pitt has served on many tribal government committees, including the timber, recreation, land use planning and natural resources fisheries committees. He was appointed by his Tribal Council and Gov. Goldschmidt to the Lower Deschutes Management Committee, and both the John Day and the Metolius River Wild and Scenic River committees. He served the US Forest Service as a tribal educator on off-reservation Treaty rights and was appointed by both Governor Barbara Roberts and Ted Kulongoski to the Columbia River Gorge Commission. He worked with the Oregon Bureau of Labor and Industries Civil Rights Advisory Committee and served as an advisor on Governor John Kitzhaber’s transition team, including working with the Commission on Indian Services.

Mr. Pitt served the Confederated Tribes of Warm Springs as the Director of Government Affairs for 24 years. He was appointed to the Council in November 2021.