The Council has been analyzing greenhouse gas emissions and the impact of regulation to reduce emissions on the electricity sector throughout most of its history. Analysis of emissions first appeared in the 1991 Power Plan[1]. However, in recent years the scope and variety of regulation related to emissions have expanded, not just in the region but throughout the West.

This plan has aggregate renewable energy requirements and clean-energy requirements. The Council also included the social cost of carbon from the Intergovernmental Panel on Climate Change as part of the portfolio cost calculation. However, the Council did not assume generating resources that emit greenhouse gases would dispatch with emission pricing [2] included in their variable cost.

The Council developed this scenario to explore the implications of regulation throughout the West intended to limit or reduce greenhouse gas emissions. The Council also looked at the implications of explicit emissions pricing included in the dispatch of all resources in the West. In this case, renewable resource additions increased by just over 13 percent in 2040. 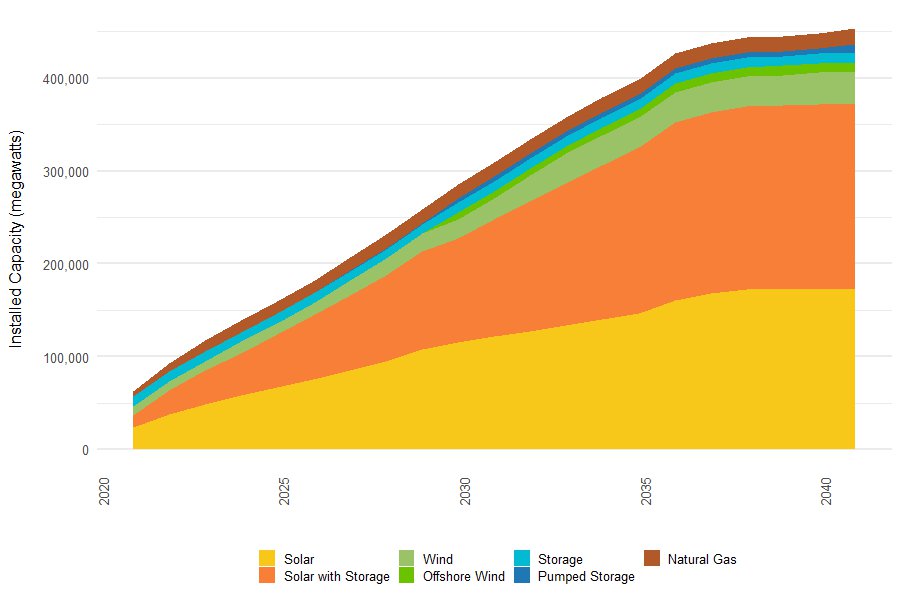 The Council’s analysis shows that emissions regulation has a substantial impact on the resource strategy. While the Council does not set emissions-related policies either in the region or outside the region, the Council consider the impacts of these policies when making recommendations for a resource strategy. The analysis showed that both including the price of emissions in resource dispatch and removing emissions-related portfolio costs reduced the energy efficiency acquired. 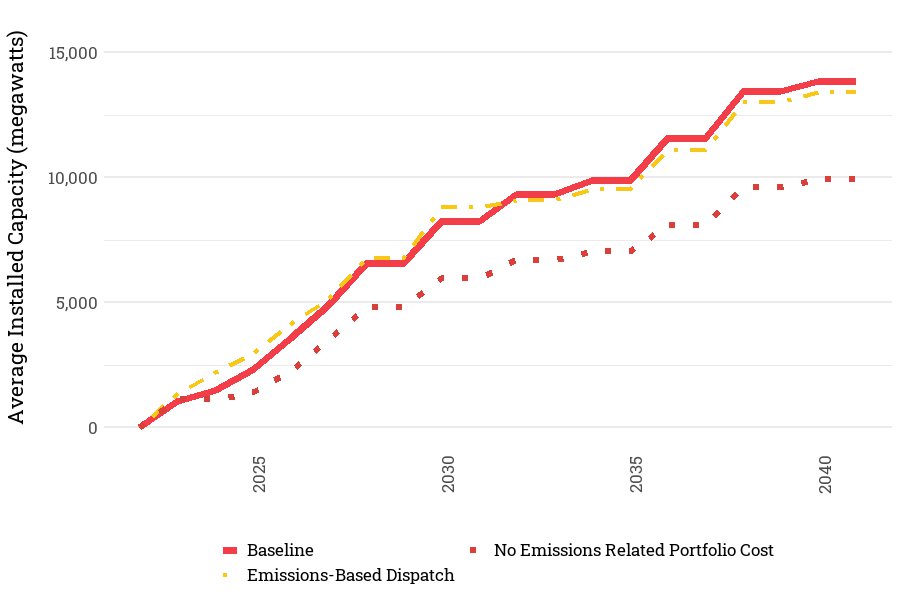 There was little impact on regional emissions when removing the emissions-related portfolio costs, but changing how regional resources dispatch to include an emissions-based price substantially reduced the amount of emissions in the region. 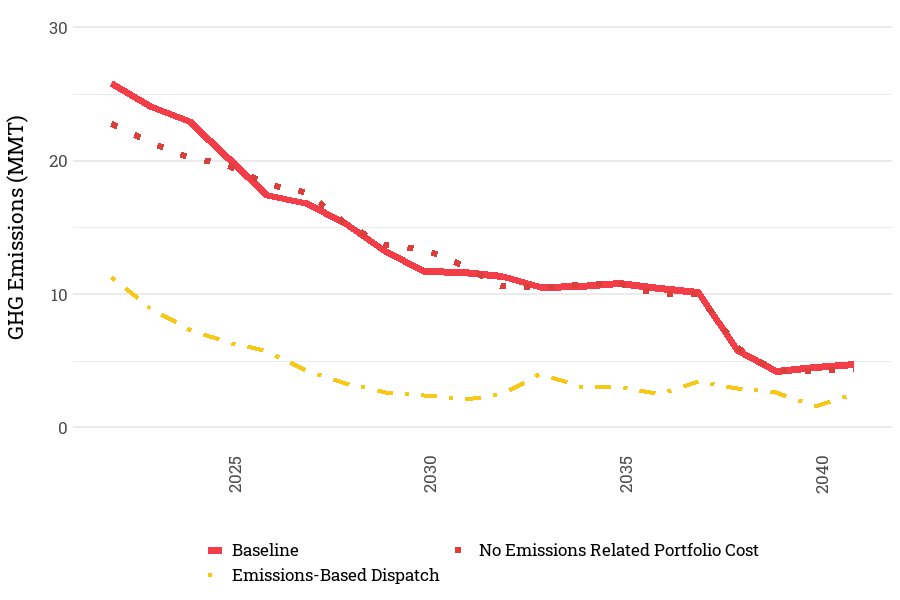 [2] Including emissions pricing in the dispatch could be considered a proxy in the modeling for the effect of a carbon tax or cap and trade program.